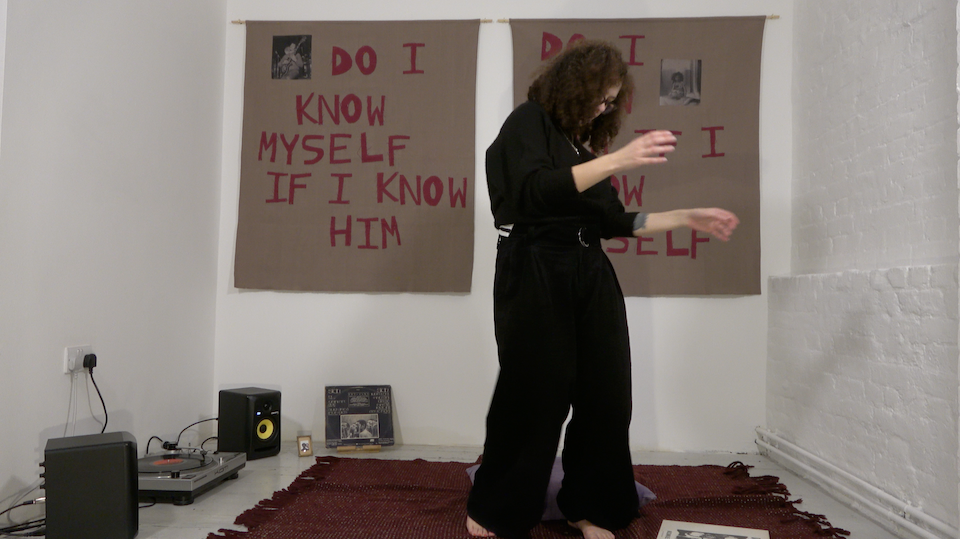 An Echo For My Father (2021) is the first iteration in a series of three moving image works, exploring Jamila's relationship with her late father Russell Herman, a South African jazz musician who migrated to the UK in the 1980s and passed away when Jamila was three. Beginning with the micro experience of absence – what it means to have an absent parent and not have access to one side of your heritage – there is little visual representation of Russell within the first film. Instead, we are taken on a journey as Jamila processes the complex family history and emotions of not knowing her father, through a combination of documentary footage of Jamila making wall hangings in real time, listening to her father's music for the first time, and re-tracing journeys they took together around her childhood home.

An Echo For My Father is forthcoming and will be displayed at Hordaland Kunstsenter in October 2021,  as part of a group exhibition curated by Amber Ablett.

An Echo for My Father is co-commissioned by Lighthouse through the Creative Europe Programme of the European Union, part of Re-Imagine Europe. With support from Arts Council England and Hordaland Kunstsenter.